Work and Travel | Visiting Hobbiton & Staying in a Maori Village 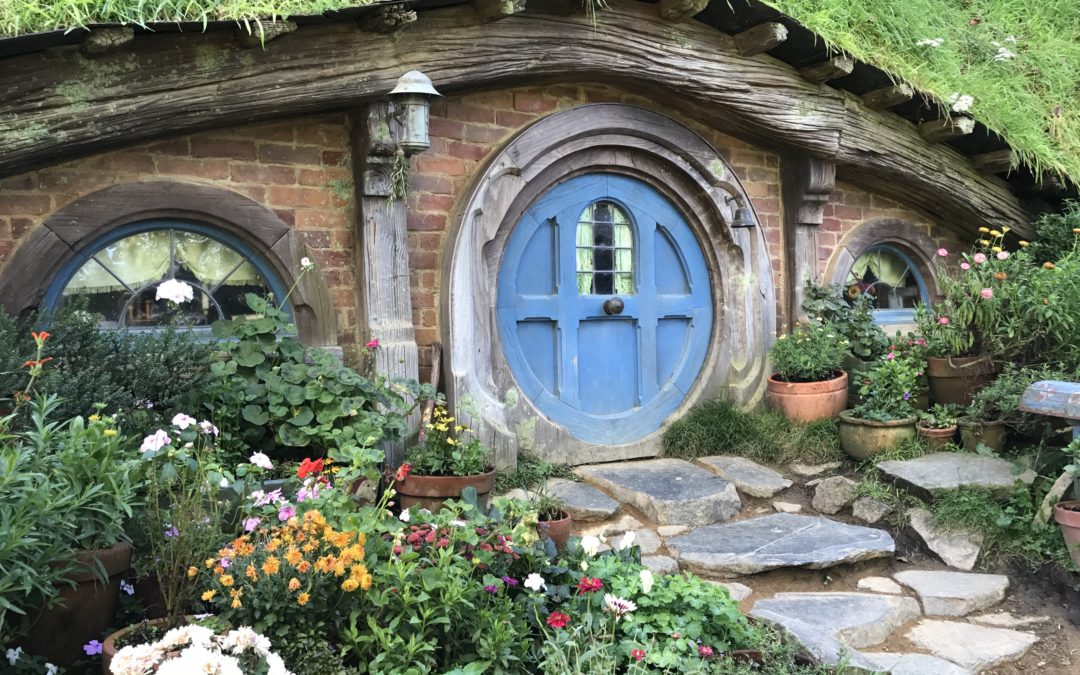 Being able to work and travel almost sounds too good to be true, like a fantasy world. However, with our help, you can do just that. You can find yourself travelling the world, exploring new places and seeing things you’d never see working the standard 9-5, all enabled by the work you do along the way.

This next blog post is to document my experience of two cultures I knew little to nothing about before. (In fact, I probably knew a bit more about Maori traditions than I did about the weird world of middle earth!)

We arrived at Hobbiton and I knew I was out of my depth when the tour guide asked who had read the books, who had watched the films and who had no idea what was going on. I proudly put my hand up for the latter and as it turns out I was with a lot of Lord of the Rings fans! Still, I went in with an open mind ready to take it all in – I mean, I could hardly visit New Zealand without visiting Hobbiton.

My first thoughts were that the whole village reminded me a lot of the teletubbies; rolling green hills with little circular doors. It certainly was a beautiful village and I was amazed at the level of detail that went into creating Hobbiton. It was particularly cool how they used forced perspective to create the illusion of a significant size difference between the actors and actresses.

It was a gorgeous day and I loved roaming around the tiny village feeling like a giant and taking photos in and around the set. I feel as though I might even make the effort to watch some of the films in future now that I’ve appreciated the effort that went into it – but then again that’s a lot of films to watch so we’ll see how that goes! One of the best bits was finishing up at the Green Dragon pub with a cider (apparently that’s a big deal?!) overlooking the picturesque village with the sound of a watermill gurgling away in the background.

After Hobbiton came the Tamaki Maori village – an overnight immersive experience where we were going to learn about Maori culture, traditions, etiquette, mythology, games, songs, and everything! I couldn’t wait!

We arrived and were given a quick run through of some basic etiquette – “Kia Ora” was to be an incredibly useful phrase meaning anything polite basically; hello, goodbye, thank you etc etc. There was a quick ceremony to welcome us to the village where we elected a chief to make a speech acknowledging all of our ancestors and homelands, followed by a song that we all knew the words to (unfortunately we had to settle on Wonderwall – I think they had heard it a lot considering they started singing along with us). After this we had a quick tour of the village and where we would be staying followed by a bit of afternoon tea to keep us going until the feast that evening.

Our first activities were learning games and singing some songs. They were specifically stick games which were great fun and a bit frantic – but no one got injured so all was fine! Basically everyone gets a tall stick and stands in a circle. You hold them vertically with one hand and on command you throw them the one direction and catch the stick being thrown at you from the other. The game gets faster and faster as the game master calls out different directions and different commands. To be fair I was pretty good, my team needed to practice though. After this we were told that we would perform a song at the feast tonight. As far as I could tell it was the Maori equivalent of the alphabet song set to a tune similar to “Stupid Cupid”. We learned the words and the tune and the actions and tried our best to remember them. Lucky for us it was very catchy and it’s been stuck in my head ever since.

Next we had a more detailed tour of the lodge where we were staying having the detailed carvings explained to us in reference to tradition and mythology. Above each of our beds was a different guardian representing a different aspect (sea, agriculture, water, volcanoes etc.) and each guardian was the child of the sky father and earth mother (very cleverly represented on the Maori flag). My guardian was the trickster Demi-God Maui – played by The Rock in Disney’s Moana so I was a little bit aware of his story. Then we got to ask specific questions about whatever we wanted – it was so fascinating.

After this we geared up for the big feast. It started off with a big ceremony accompanied by the sounds of conch shells being blown where a warship landed and warriors intimidated our “tribe” and we stayed calm to demonstrate that our intentions were peaceful. Before the feast we made our way through the village having various things explained to us – war boats, tattoos, more games, war dances, how food was prepared, more songs and dances. The food was prepared by being baked underground for 4 hours to make it nice and delicious; the food itself wasn’t too dissimilar from a roast but with a couple of differences including kumara – pretty close to sweet potato.

After food it was our time to shine and sing the song we learned. Some of the guys did the haka too. Once the feast settled down we got to spend the evening under the stars talking about what we had learned and life in general. I would say that village experience may well be the highlight of my trip so far.

See, work and travel at the same time isn’t all bad! By being able to combine the two on this trip I was able to do things I never thought I would’ve been able to do and it made the trip all the more special for me. It’s one of the reasons i would encourage work and travel and the lifestyle f a digital nomad to anyone and everyone because it truly gives you unforgettable experiences in the most amazing places.

It takes balance to work and travel at the same time, but there are definitely worse places to have your office and it enables you to see and do much more than if you were to be working a 9-5 job. The freedom you get in exchange is irreplaceable. If you’d like to find out more about what it’s like to work and travel, as well as affiliate marketing, be sure to take a look around our website and blog! We would love to here more from you and your travels so feel free to get in contact with us to share your stories via email or our social media profiles!

If you’d like to take a FREE look at the digital business system we use, then click here, and to keep up to date with our posts and more information on the digital nomad lifestyle, work and travel, then click here! And finally to see what we got up to at Hot Water Beach and in Waitomo make sure you check out our last post!

We’ll see you on Monday for our next blog post – it’s a good one so keep your eyes peeled!