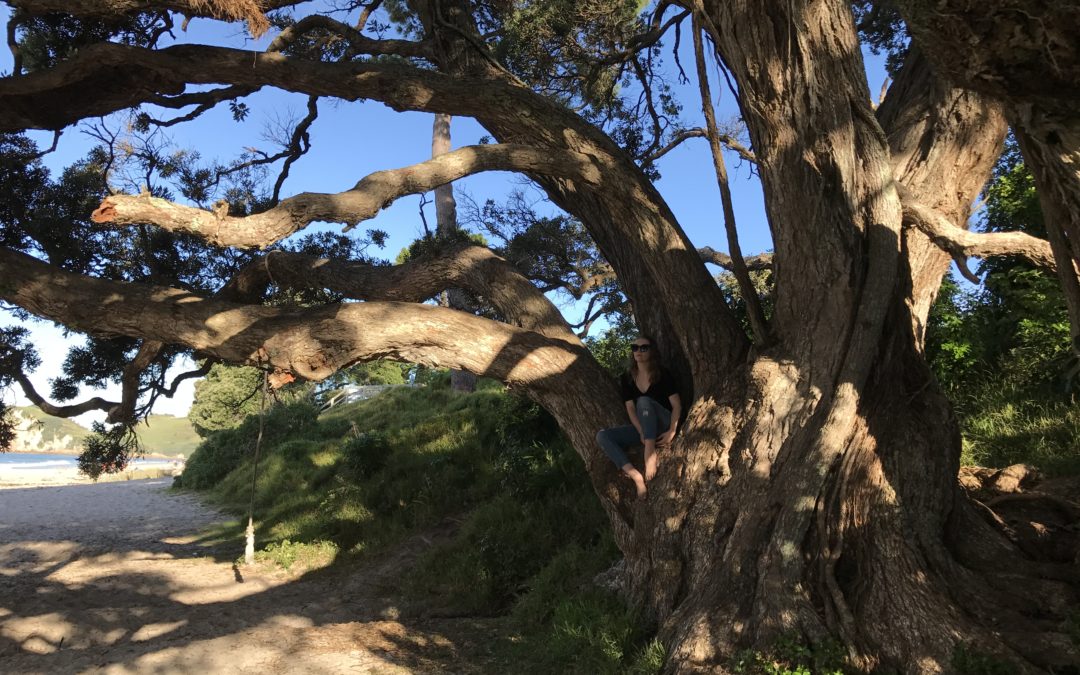 Everyone hopes to be able to travel the world, exploring new cultures and places. With the Digital Nomad Family, we can help you do just that by helping you achieve time and financial freedom.

My latest trip took to me New Zealand, and by using the business system we have used for so many years I was able to fund the trip while I was out there, allowing me to explore, almost, the entirety of New Zealand without having to worry about taking time off work or if I would run out of money. The trip fueled my desire to travel the world even more. Take a look below to find out more about some of the many adventures I had during my trip…

After an adventure filled Paihia (click here to go see that blog post), it was time to move on. So I headed down, up and round to Hot Water Beach. Low tide wasn’t until 6pm so we had a few hours to explore some of the other beaches near by. Unfortunately due to the recent storms we weren’t able head to Cathedral Cove but nevertheless we stayed the beach and had a day in the sun (surprising considering the weather forecast). The sea was ‘fresh’ let’s say but the sun was beaming with not a single cloud in the sky so we relaxed on the beach and in the sea with the odd game of touch rugby here and there.

Next was the highly anticipated Hot Water Beach, that also happened to be highly populated. As a group of us strolled on up we were met with a swarm of people that clearly had the same idea as we did but we persevered and found a spot at the front of the beach and started digging. There’s quite the skill to digging your own natural hot tub on the beach – mainly in finding somewhere that’s not so hot you burn your entire body but hot enough it doesn’t go cold when it mixes with the sea. We managed to ‘crack the code’ and build a hot tub for about 15 people – quite the achievement considering the a number of people and failed attempts that filled the beach. What better way to end the day, watching the sunset in a natural hot tub on a beach in New Zealand.

However the biggest task of the day was still to come, cooking dinner for 10+ people that were a mixture of vegetarian and meat eaters on a budget. And it turns out I am not good at portion control – but no one was left hungry so another success for the day!

The next morning we headed over to Waitomo via an abandoned power station turned reserve which ended up being a lovely walk around rivers and tree clad cliffs as well as walking through a few caves that were somewhat of a stepping stone for what we were doing that afternoon.

This is probably starting to get a bit repetitive now, but if you ever find yourself in Waitomo definitely head to the glow worm caves. They’re technically not glow worms, they’re more of a slowly dying maggot which doesn’t sound great but they are beautiful in the caves. We did a 3 hour wet tour, which takes you through the caves underground and you trek and drift through the water as well as jumping off of the odd waterfall along the way. Our guides were amazing, so if you can get a tour with Lofty & Jack, you’ll be in good hands. Drifting through pitch black caves on a dingy and looking up to see the glow worms in full effect was breathtaking and at the end we emerged into a forested cove which was a lovely end to a great trip.

Be sure to look out for our next post to see what I got up to in Taupo before I headed down to the South Island!

So how does being a digital nomad sound? Pretty good, no? Travel the world and don’t look back!

To take a FREE look at the ‘insides’ of the Digital Business System we use, click here!
And to keep up to date with our posts and to find out more about becoming a digital nomad, click here!

See you next time!