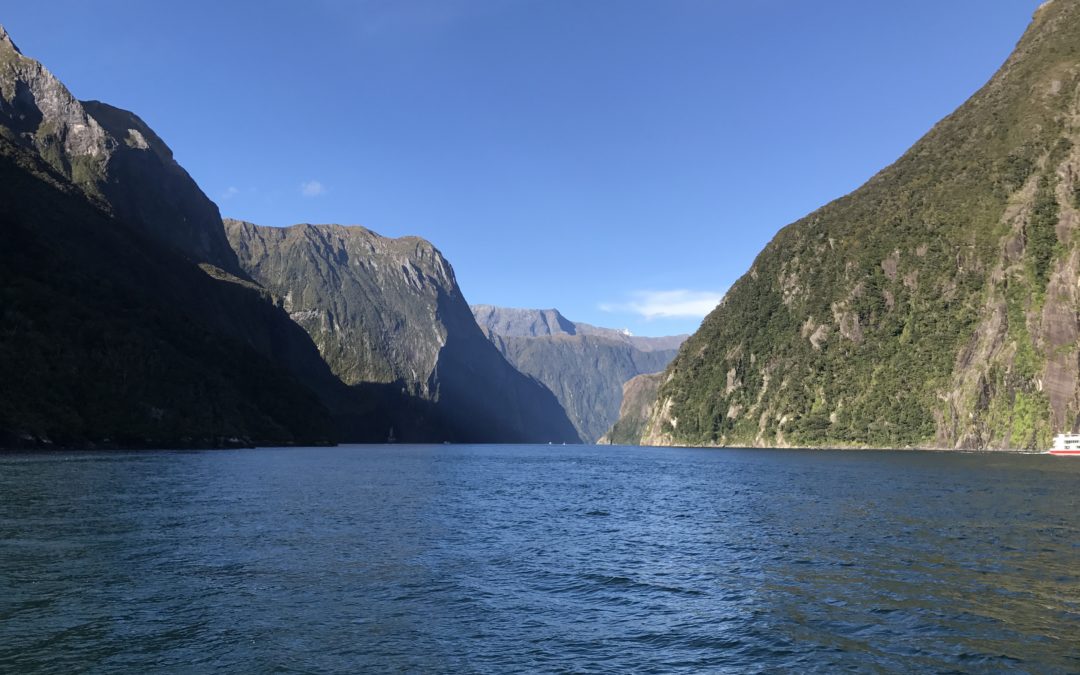 So, if you’ve been following all my posts from my trip to New Zealand, you’ll be well aware of the various adventures I got up to whilst I was away – and I hope you’ve been enjoying them (if you missed the last one, click here to go take a look). now it’s time for me to write about another one! Out of all the things I got up to, this was one of my favourite adventures of the trip and definitely one of the most stunning. 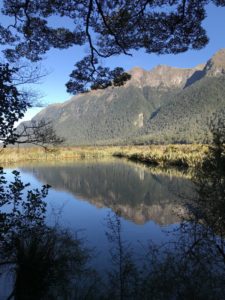 As part of my Kiwi bus pass, there was a day trip included that took us out to Milford Sound. Like many of the other adventures, I wasn’t quite sure to expect, all I knew beforehand was it was an early start and a long bus journey. As usual, the bus journey was broken up with various stops that included more mirror lakes and some more Lord of the Rings/Hobbit film locations. One of the stops was a service station that was next to an alpaca farm; so we had breakfast, fed some alpacas and bought some Disney World style waterproof ponchos (there was reasoning behind this which I’ll get to later). Eventually we got to the launch point for the mini boat cruise we were about to do around the fjord.

The views alone at this point were incredible. It looked like something out of a film. These huge cliff edges hanging over the expanse of water, waterfalls that cascaded down into the fjord and various animals here and there. For me, it was breathtaking as I’ve always been drawn to locations like this. The boat we got on meant you could sit inside, where it was definitely warmer, or on top or even at the front of the boat. I decided to the best way to take it all in was to sit at the front of the boat for the entirety of the trip, it was pretty cold but completely worth it for the views. We ended up doing a loop around the fjord, and were greeted by a pod of wild dolphins which was incredible. We spotted them a couple 100 ft away from the boat but they made their way towards us and were swimming in and around the boat – sitting at the front was in fact a good idea at this point. We also saw even more seals and seal pups resting on the rocks towards the edge of the fjord which, again, was amazing and probably one of the best moments was an albatross that was flying around in the sky before deciding to swoop down only a couple of meters in front of the boat. It was all utterly breathtaking. 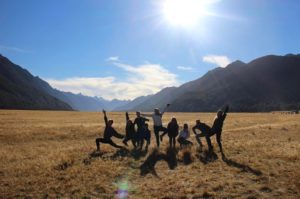 Adventures on the way to Milford Sound

We carried on weaving our way around the fjord and as we got to the end, where it met the sea, we were warned to ‘hold on tight’ as the boat proceeded forwards over waves in the sea that meant we were rocking all over the place. Some people may say being at the front of the boat for this wouldn’t be enjoyable, but I would disagree. On our way back, we were passing some of the waterfalls and just before we made it back to the launch point, we reached a glacier fed waterfall. This is where the Disney World ponchos come in. We had been told before to bring waterproofs because on the boat trip we were doing they drive into the waterfall so the very front of the boat it’s pretty much underneath it. So we put our ponchos on and prepared ourselves at the front of the boat. It was pretty intense but quite refreshing in a way. Because it’s a glacier fed waterfall, we were the first people to touch that water which was pretty cool.

We then made it back to the launch point, headed off the boat and got back on the bus for the same long journey. There weren’t as many stops on the way back because it was much later on, so just a few here and there before we eventually we made it back to Queenstown. And how do you round of a day full of those adventures… You head to Fergburger and get a delicious burger. 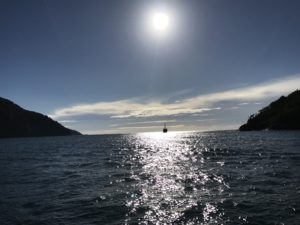 So there we go, some more of my adventures in New Zealand. I hope you’ve enjoyed this one and be sure to stay tuned for my last post (from New Zealand) on Monday! To make sure you don’t miss it, click here.

Fancy learning more about Affiliate Marketing? be sure to take a look around our website and blog to find out more.

See you on Monday! Ella